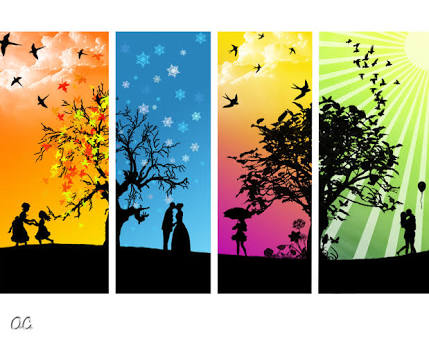 There’s a raging debate on the existence of an institution called MARRIAGE all over the social networking sites . “Live-in” relationship is the new norm. Still the procession of marriages has lost no charm , not even an inch.
Anthropologists all over the world again and again have debated the birth and death of this peculiar institution. In spite of such debates and discussions marriage PREVAILS.
Born and bred as a Hindu , I was taught of 8 forms of marriage as prescribed in manusmriti,

— Brahma : father gives away the bride to a learned man ( more or less arranged marriage )
— Daiva      : daughter is married to the priest who officiates his own wedding.
— Arsha    :  father performs the marriage after receiving the bride price in the form of cattle , jewellery or land .
— Prajapati  : simplest form of marriage , where there’s no ritual involved but only the couple is blessed for a prosperous future .
— Asura   : Marriage by force  that is kidnapping or in today’s world by rape / attacks .
— Gandharva : “Love Marriage ” , of which most of us dream by starry eyes 😃
— Rakshasa : Marriage by abduction and killing relatives .
— Pisaka : man wins his girl who is sleeping ,intoxicated or mentally disbalanced.

Despite of such varied forms only two types are most prevalent in Indian society irrespective region , religion and caste . Those are ” Arranged marriage ” or ” Love marriage ” . For  reasons better known to married people the former is called murder , the later suicide .😄

Like the seasons of weather there does exist a ”  season of marriage “. YESS  a season of marriage exists where there’s a spike in the number of marriages performed  and this usually starts from the month of ‘September- October’  till   ‘March-April  ‘ . There can be many plausible reasons behind this , such as pleasant weather , availability of vegetables and fruits etc . Undoubtedly this is THE SEASON OF MARRIAGE. 😆

Irrespective of religion , whether it is a Hindu , Christian or Sikh ,or region ie punjabi, haryanvi, tamilian or a telugu wedding ,  three  major Components exists. YES , they are also known as three major headaches :
1) Relatives / kinsmen
2) Food
3) Costumes .

No matter how hard you try , relatives are hell-bent on criticising and degrading the quality of arrangements .
They are God sent examiners to test the extreme limits of our patience. In spite of all these if everything goes on smoothly they will unleash their last ammo ( ammunition) from their arsenal : Gossiping. The damage done by this is incomparable . It brain washes  the listeners , turns peaceful homes into war zones above all completely changes the impressions and attitudes. I guess these gossipers are more successful than the vice president of sales division of any highly reputed company . They can just sell their allegations so impressively even right minded people are bowled over. KUDOS to the Relatives , they just make u think hell is a ” BETTER PLACE ” to live . There will be some others who enact a big drama out if nothing to showcase their supremacy . Poor creatures they are happy to draw attention away from the bride and groom. .👏.The groom like an FBI agent flies away from the procession to rescue the attention seekers and gives them their most-wanted  attention.

The other most contentious and overly debated issue is Food . Every host tries his best to serve delicious food . There will be critics and appraisers both , depending on the nature of relation with the host , but not on the taste of food . Even the most wonderful cuisine seems tasteless to the groom’s family.😉 . Guess it’s the cost that satisfies them 😃.

Last but not  least the costumes are the mainstay . Usually a bride is colorful but the others are no less than her.They just vie for appreciation from others. Sometimes they forget it’s her day . What a pity. 😡. There will be some more called sink holes , you can give them a dozen sets of clothes , still dissatisfied.

No matter how much time you invest , how hard you work , the larger than life EGO’S will never be and can never be satisfied and it just amplifies to the power of thousands in the case of marriages. 😥
Coming to the logical conclusion of “If p then q ” ,like  If “there’s a marriage ” then ” there are conflicts ” stands true most of the times .  😆.

A great salute to THIS Season of marriage , it show cases a wide variety of human characteristics. 😀

7 thoughts on “The season of “Marriages””