In the final year of my graduation , like everyone of my friends I was rigorously preparing for software giants like TCS ,Wipro etc etc . Never in my wildest dreams did I ever imagine to be a part of Public sector undertaking ,that’s like rowing  entirely against the trend . This was the era before Lehman’s crisis where being a part of Government or it’s entities was considered to be demeaning . 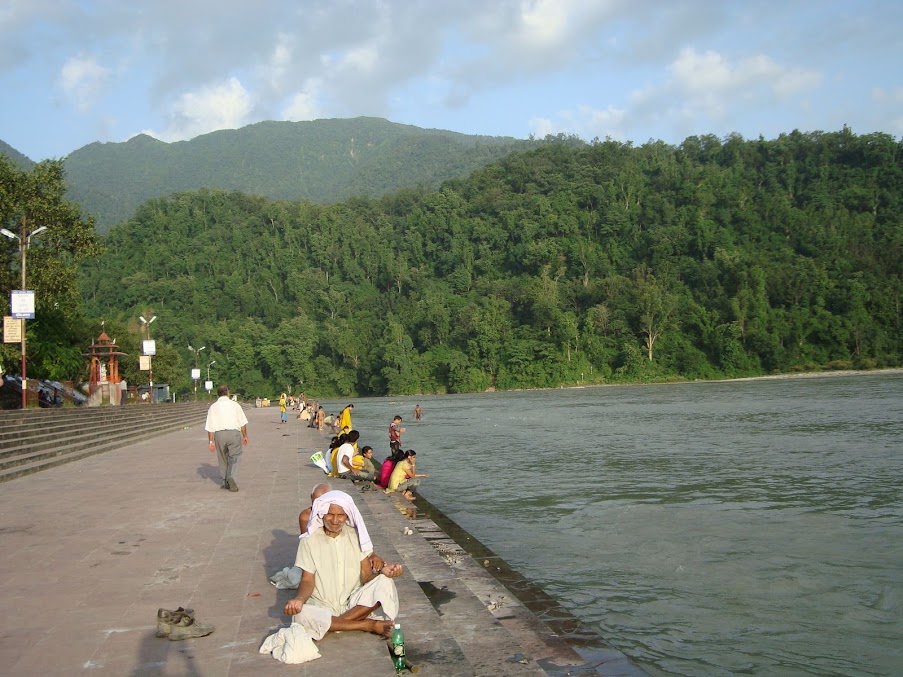 Luckily or unluckily I got through the gruelling tests conducted by one of the PSU giants , went through hectic yet memorable induction program.

Finally got posted at one of busiest tourist places of India , Rishikesh.

Rishikesh has a mystic charm , placed beautifully at the gateway of Garhwal mountains . It is the starting point of the famous chardham Yatra .

It is neither a village nor a city but something in between .The streets are very narrow and clustered like  all other towns of India , but with very steep slopes. My sandals used to give away  to the well rounded pebbles strewn all across the road . For every other month they pleaded me to replace with a new one .

The most striking feature which increased my curiosity was the number of foreign tourists who visited Rishikesh. They always outnumbered the domestic ones .Even among the domestic ones Bengali’s always have a higher share ( 😉 wonder why ?? ) .

Apart from Delhi , Rishikesh is the only place where I found German Bakeries , Russian souvenier shops and Italian pizzas . Surprisingly a small cafe named “MADRAS CAFE  ”  was all but Madras 🙂 . The head chef spoke fluently in french , (American) english and spanish with great
ease . The waiters most accurately predict their customer’s preference , taste and state . Mislead by the cafe’s name my Dad ordered a plate of Idly . He was aghast at the size of these Idlies . They were no bigger than the ping pong balls . The waiter served them  very cordially with a dash of sweetest english words and  perfect grammar . We just couldn’t help but burst into laughter .

Rishikesh has been the only place for me where I could see a full fledged 180 degree rainbow encircling either my office or the street .  The blue mountains and the clouds  floating through them was heavenly . A chair in the balcony of the quarters provided to me in our office township , with a steaming cup of tea is sufficient enough to forget the world . 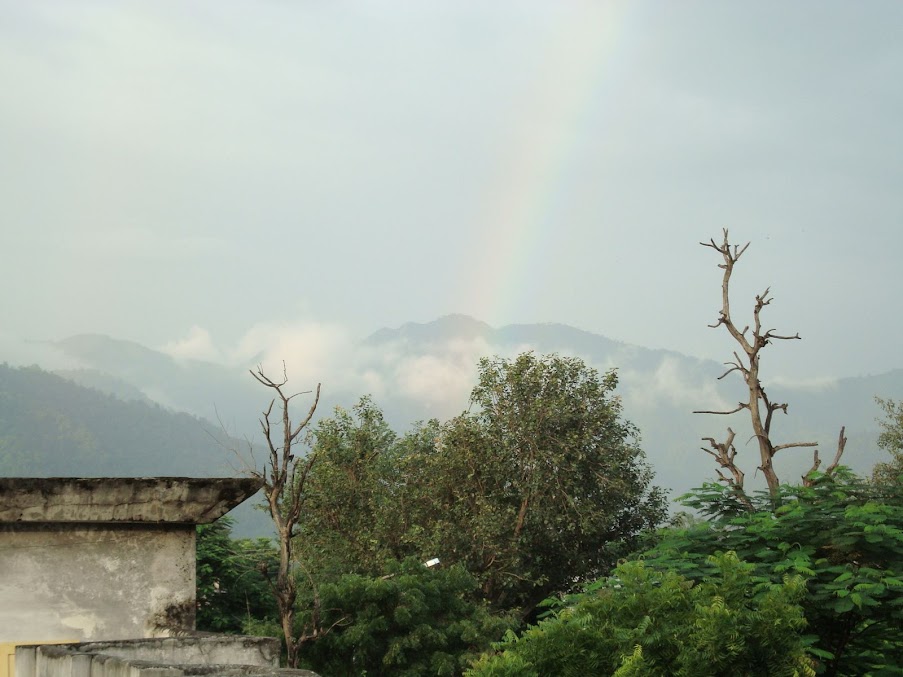 It  used to be an excruciating journey of  3 days , 2 nights from my hometown to Rishikesh . Still the best part was the calmness , pollution free environment , above all we have no choice but to do our job  😉  ( earn our living  ) .

Apart from the environment all is not well with Rishikesh it suffers many major problems like all other Indian villages . It lacks proper medical facility , education and other civic amenities . Of course the people are most affable and lack the brutality of U.P.walas  , I guess you know what I mean 🙂 .Still they do have an over sense of pride that they belong to the land of GOD’s . Some do even say that they are living in heaven . I wondered whether  they are under the influence of  ganja /marijuana .

One of my female colleague even went to the extent of asking me that ” You can’t find such high paying jobs at your place right ?? ” . I laughed at her ignorance and said  ” Mine is the land of Software biggies , It’s just the twist of fate that brought me here  ”  .  This does sound like a Fatalist isn’t it ?? . May be I was under the influence of Rishikesh’s atmosphere. 🙂

On another fateful evening some words of some swamiji  fell accidentally into my ears . The actual words are like this  ” Your body is the SANCTUM SANTORUM , your mind is the light and your soul is  the main deity . Purify this deity you will be purified ” . He was actually speaking these words in American English . Suddenly I turned back to look at his face , he was the quite opposite to a clean body and clean mind .

The preachers have different  hilarious names like  “water baba ” , “pilot baba ” and what not . I found the comic shows less interesting than speeches  of all these babas and swamijis .

Coming to the living expenses of Rishikesh , they just simply touch the sky. The hawkers , vendors are hell-bent on looting you , whether it’s fruits or vegetables or even pettier things like soaps, hairpins  etc. I am damn sure that they count their money in terms of dollars .

Huhh ,, anyway after living in this serene place for more than half a decade , it enhanced my courage to brave many more odds .

2 thoughts on “The serene Rishikesh”